Hitler’s biggest mistake of World War II which led to the decline of his marauding army was the invasion of Russia. Hitler like Napoleon did not bargain for two major factors that would turn the tide of the war. The terrible Russian winters and the Russians themselves. Russia immersed itself into the war where even village schoolteachers were cast into action. Many of these were women who fought not in the open but as snipers becoming notorious and deadly in their actions chalking up kill after kill gunning down Nazi officers and professing an uncanny but ruthless skill with the sniper rifle. Many of these women became famous heroes of Russia earning accolades and medals of Honor especially the one named Lady death. Read on to know 10 of the most deadly Russian female snipers in military history. 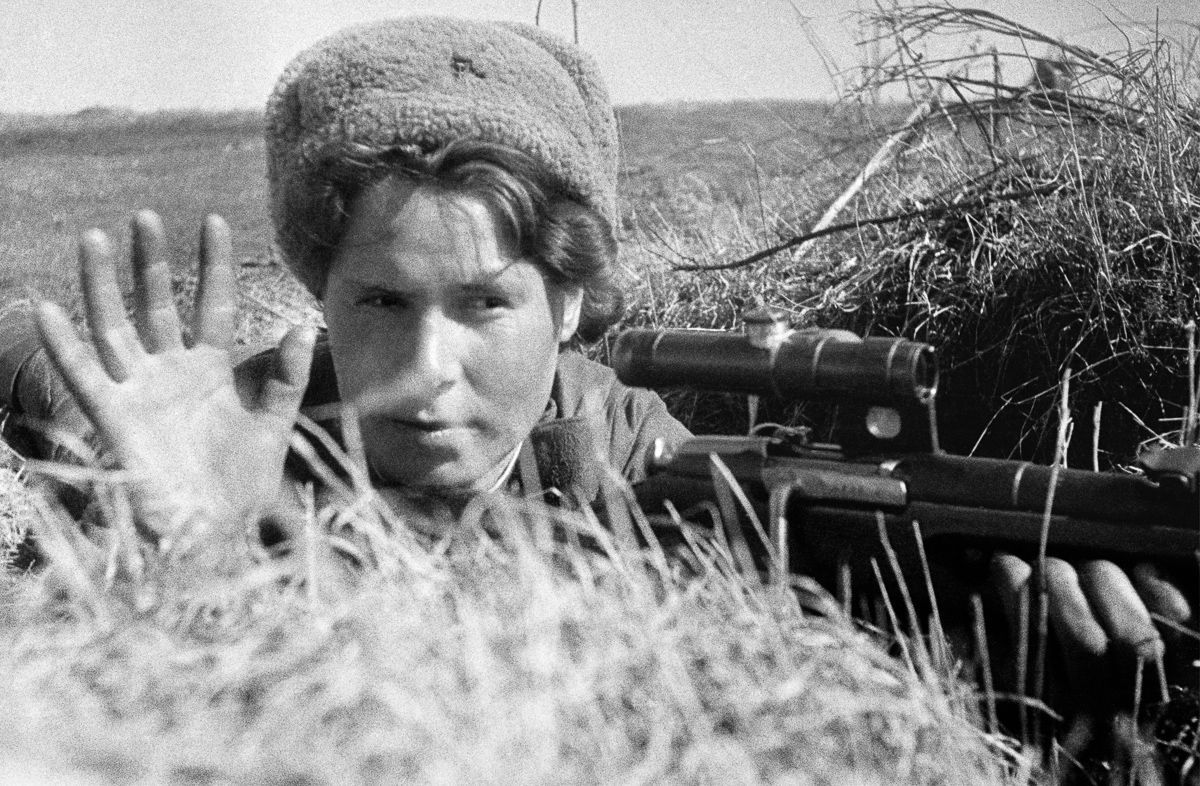 Born Tatiana Nikolaevna Baramzina, she was a kindergarten teacher before becoming a sniper in the Russian Army’s 70th rifle division, 33rd army. Tanya fought on the Belorussian front and was made to parachute behind enemy lines as part of a secret mission. Before doing so she had already chalked up 16 kills and killed a further 20 during her mission. She was ultimately captured, tortured and executed. Tanya was posthumously awarded the Gold star and was declared as a hero of the Soviet Union on March 24th 1945. 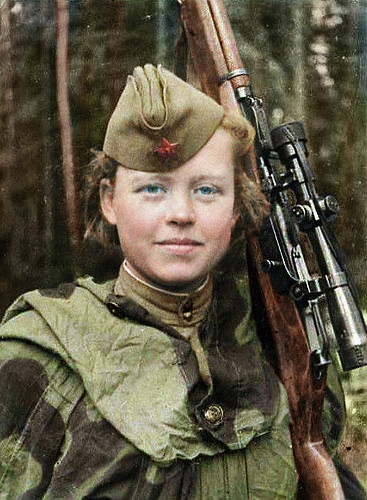 Nadezhda Kolesnikov was a sniper volunteer serving on the Volkhovsky Eastern front in 1943. She was credited with 19 confirmed kills. Like Kolesnikov, a total of 800.000 female combat soldiers fought with the Russian army as snipers, tank gunners, soldiers, machine gunners and even pilots. Not many who saw action survived where just 500 survived the war out of an enlisted 2000. For her service, Kolesnikov was awarded the medal of courage after the war in Russia.