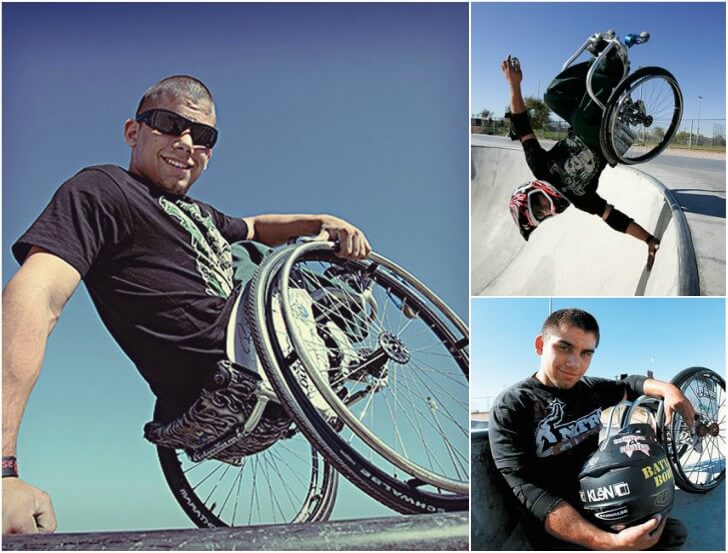 24-year-old Aaron Fotheringham was born with a spinal condition called Spina bifida, which has left him without feeling in his legs. By age 8, he was bound to a wheelchair full-time. But has never stopped chasing his dreams. He began following his brother to skate parks and became hooked. Using a customized wheelchair. Aaron began to win a few BMX freestyle competitions, and in 2006 landed the first ever wheelchair backflip, and four years later, the first ever double backflip. He has been a coach and mentor to kids with disabilities and continues to tour with the action sports road show nitro circus.